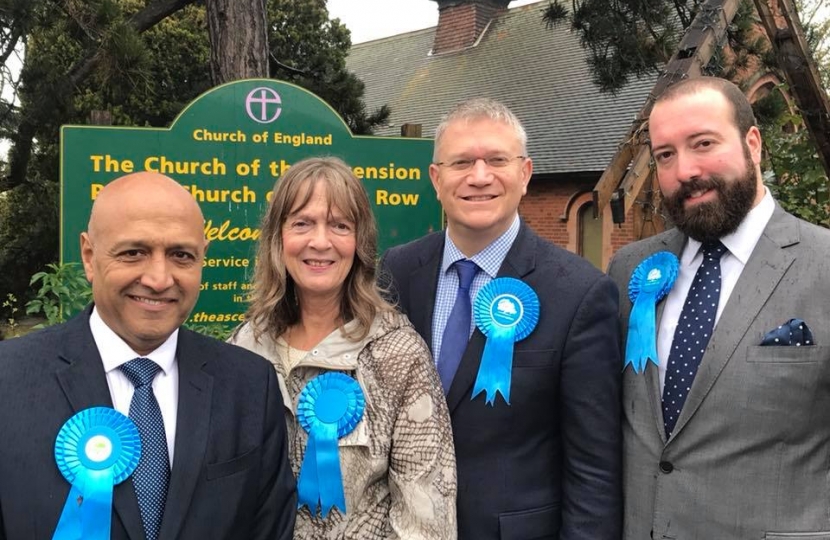 The Mawneys Ward includes the whole of Upper Mawneys, the whole of the south of Collier Row including the Lawns Park area, plus the area to the west of Havering Road and Mashiters Hill.

The Mawneys co-ordinator is Cllr. Jason Frost, who can be contacted by telephone on 07757243863 or by email at: jason.frost@havering.gov.uk

Our Conservative Action team for Mawneys Ward is:

Jason has served as Councillor for Mawneys for the past four years and is currently helping to oversee the Borough’s Schools Safety Project. He was born, raised and has been living in Collier Row all his life. He is a member of the Church of the Good Shepherd and a strong supporter of the Collier Row Business Network Forum. Jason is studying part-time for his PhD in history, he works at the Collier Row Catholic Club

Dilip is a local shopkeeper, running Collier Row News for twenty-five years and has served as your Councillor for the past four years. During his time on the Council he has Chaired the licensing Committee, working hard to support the regeneration of Collier Row. He is heavily involved within the Community, chairman of Governors at Parklands Primary School, a member of the Lions Club, and currently serves as the Deputy Mayor of Havering.

Carol has lived within Collier Row and Havering all her life, being educated at the then Chase Cross School and Havering Technical College before going to work in London as a secretary. She has been a councillor for the past four years, being an active member within Housing as well as working in partnership with Andrew Rosindell M.P. to get a better deal for Collier Row. Carol enjoys traveling to witness solar eclipse across the globe and long walks in the countryside.