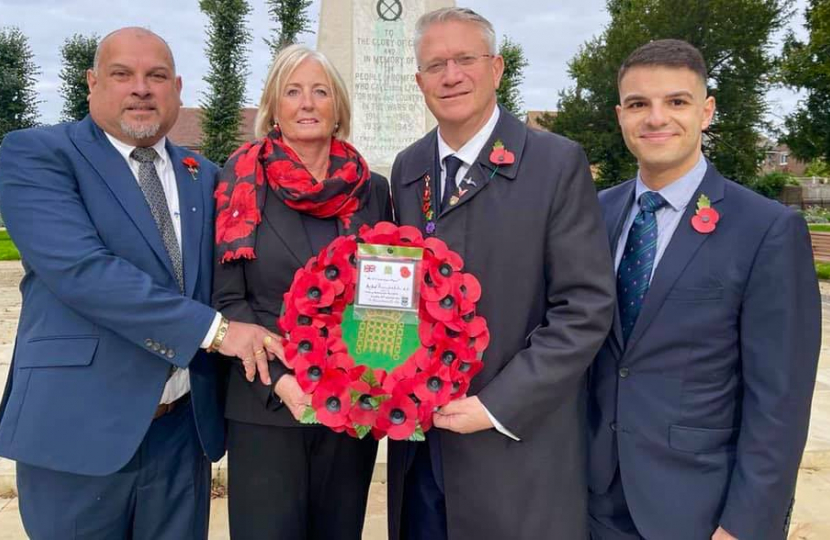 The Marshalls and Rise Park Ward is north of the Romford Town Centre and starts at Black’s Bridge on Main Road at the southern boundary of Raphael’s Park and includes the Gidea Park Exhibition Estate and Romford Golf Club.  Pettits includes the community of Marshalls Park, and across the A12 takes in Collier Row east of Collier Row Lane and south of Hillfoot Road.  The ward encompasses Rise Park and its northern most boundary is Lower Bedfords Road.

Our Conservative Action Team for Marshalls and Rise Park Ward is:

Philippa was first elected to the council four years ago, and is standing for a second term because she is passionate about protecting the special character of our local area, including our green and open spaces. During 2016-17, as Mayor of Havering, Philippa raised £70,000 in support of local charities and coordinated the Borough’s entry in the London New Year’s Day Parade, which showcased the talent of our local young people. Philippa wants to continue to supporting local charities.

Osman cares passionately for our local area and attended Parklands School and Marshalls Park. Keeping our area safe is a priority for Osman, and as a local councillor he is working with the police on community safety, and tackling anti-social behaviour. Osman supports our voluntary organisations, and serves as an officer in the local Romford Royal British Legion Band and Corps of Drums, and helps to train younger members of the band.

Robby lives in Gidea Park with his family, and his two daughters attend local schools. He is keen to ensure our local education services are improved and that our libraries continue to be accessible to the community. Robby is committed to our local area, and will always fight for high quality like services, like maintaining our weekly bin collections, securing the future of our parks and keeping our streets clean. .