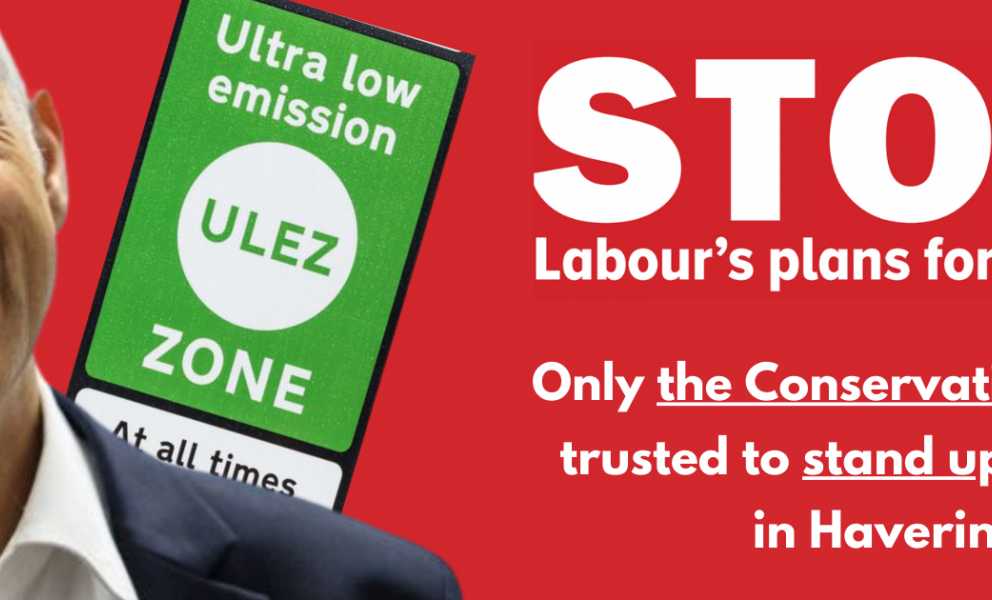 Under plans set out by Labour Mayor Sadiq Khan, the ultra-low emission zone will be extended to the whole of Greater London by the end of next year. The shock move comes just months after the current ULEZ Zone was extended in October.

What does this mean?

Residents with petrol cars older that January 2005 and diesel cars older than September 2014, which do not meet the emission criteria, will have to pay an eye watering £12.50 per day!

ULEZ isn't about the environment, it's about more money for Khan's plans.

Romford Conservatives are opposed to Khan's proposals, which we believe will hit the poorest and the self-employed the hardest. The measures are a stealth-tax on those who cannot afford a newer car and this proposal is yet another example of how Khan views Borough's like Havering as cash-machines for his inner-London plans.

A Conservative run Havering will send Khan a clear message, that he isn't winning here and that we will resist Labour's plans for Havering.

You can show your opposition, to Khan's plans, by signing our petition and voting for your Conservative candidates on May 5th.

Only the Conservatives can be trusted to stand up against Khan.

Your privacy: Your data will only be used to update you about the petition, unless you subscribe to Romford Conservative's newsletter in which case your information may also be used for other communication. You can read our data privacy policy HERE