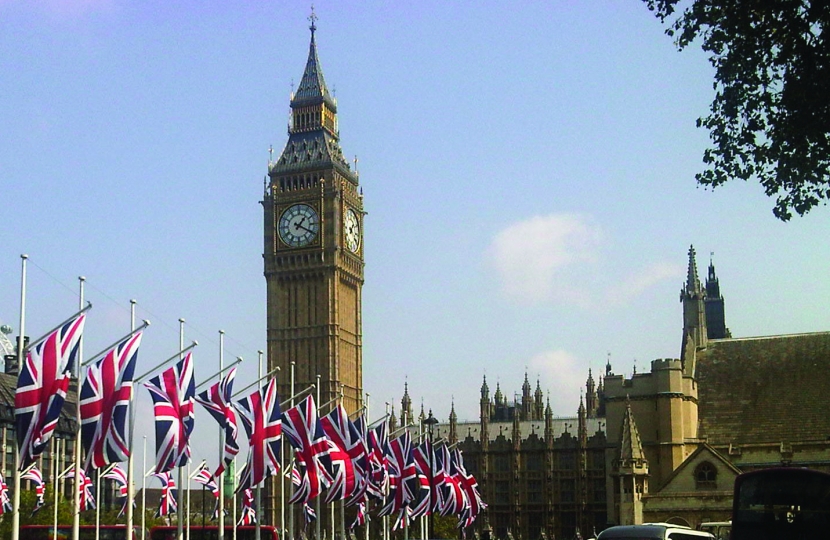 Andrew Rosindell M.P., the Member of Parliament for Romford, has voted in Parliament in favour of letting the British people have a referendum on our membership of the European Union.
In an overwhelming vote in the House of Commons on Friday, MPs voted by 304 to 0 to pass the second reading of the European Union (Referendum) Bill 2013.
The bill provides that a referendum on our future membership of the European Union must be held by 2017.
Andrew Rosindell M.P. participated in the debate last Friday by making the following intervention:
“I commend my hon. Friend for putting this Bill forward; he is doing our nation a great service. Does he agree that we should have listened to Mrs Thatcher on this subject years ago and rejected political union?”
James Wharton M.P. (the Member of Parliament who is moving the bill):
“My hon. Friend has a consistent and principled track record on this matter that I am sure this House recognises and appreciates. He makes a helpful contribution that reminds us of the historical reality within which we are operating. Over the years, many Members have warned us about what was happening in the European Union, yet those warnings have not been heeded.
“This Bill is about making good the central promise of our democracy: that we are the servants of the people and not their masters. We want to give the people a voice.”
After the debate, Andrew said:
“This bill provides that a referendum on our future membership of the European Union must be held by 2017.”
“The British people have not had a say on our membership for almost forty years, when we voted for a common market, not the political union we have today.”
“The European Union has changed, and the sentiment of the British people has changed, so we must have a referendum on this important constitutional question.”
“The people of Romford are sick of subsidising the waste and bureaucracy in Brussels, and of having three quarters of British law made from Brussels.”
“The Conservative Party is the only U.K. political party that can deliver a referendum on our future membership of the European Union.”