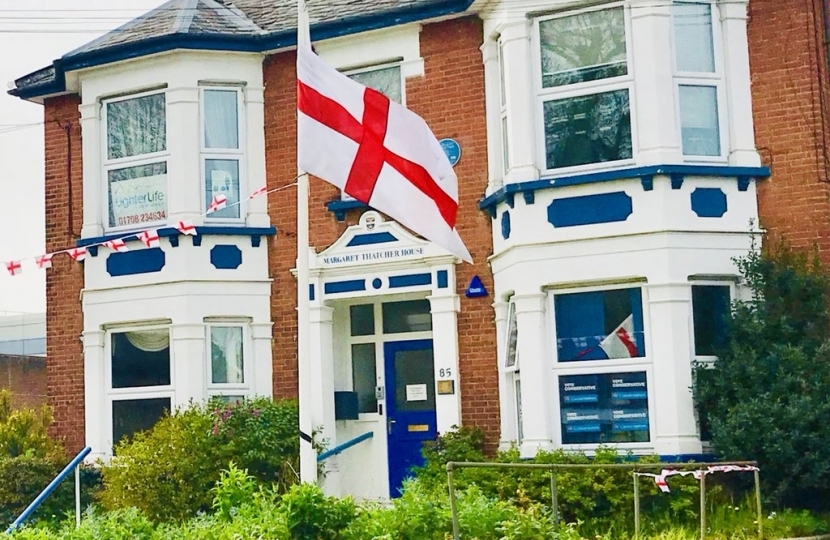 Romford Conservative Association have released a statement condemning the actions of a local extremist group seen protesting outside their Western Road HQ.

David Taylor, a Conservative Candidate for St Edwards’ Ward and the association’s Press Officer, described the protests as sick.

“These ,sick, so-called ‘patriots’ even took to protesting by our town’s war memorial”, Taylor said. “Not only are they trying to politicise the dead, but they are showing their ignorance”.

“The group is headed by a guy who appeared on Channel 4’s ‘Young, Nazi and Proud’. He has openly praised Hitler. I can think of nothing less patriotic than supporting the Nazis who caused so much devastation to our country”.

Since issuing the statement, condemning the group, David Taylor has received push back from supporters of the group. Some have informed him that he ‘needs their vote’.

Asked about this, Taylor replied “If you are a supporter of this group, if you think that a Nazi sympathiser is a British patriot, then I don’t want your vote”.

The extremist group were also seen protesting outside Romford’s new Aklu Plaza, which opened for a special sale of fish over the last week. The opening of the store has resulted in a lot of discussion and residents have raised many concerns with local Councillors.

“We want Aklu Plaza to succeed”, Taylor said. “By using the old Debenhams, the store operators have the largest and most important retail site in Romford. What they do there will set the tone for the whole town-centre. I do not want a row of vacant stores, such as the former Littlewoods. However, I also don’t want anything unsuitable for our town. Residents have raised a number of issues with us, about the store.” “I have written to the management to seek urgent assurances and hope to hear from them shortly”.

A Conservative Councillor in Worthing was suspended for support the extremist group, in October this year. 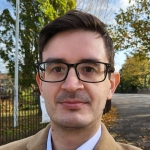 David has been a local campaigner for 5 years, after moving to the area. He has worked for a number of charities, overseeing their public relations and communications and is experienced in representing local organisations to politicians both local and national.