Romford Conservative AGM packed out in celebration of Britain and Commonwealth 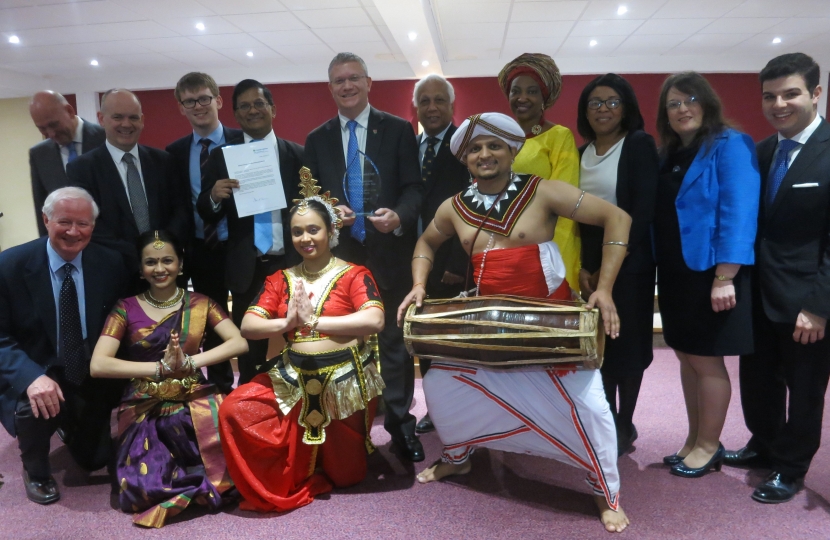 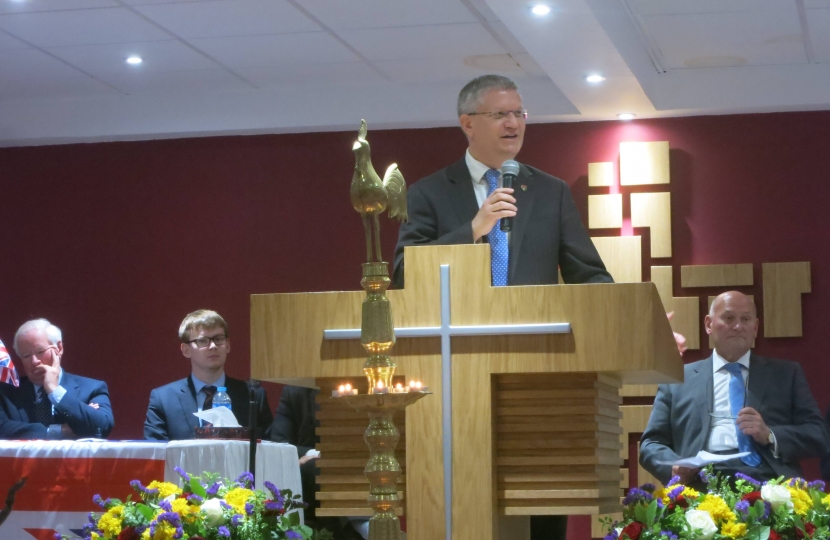 Taking place at Jubilee House on North Street, over 150 local supporters and party members gathered to listen to a roundup of this year’s achievements and future business- including the upcoming general election. Speaking at the crowded church hall, Havering Council leader Cllr. Roger Ramsey commented on the fantastic election result in Romford, last May.

He said “Despite being up against a number of very vocal, disgruntled opponents, Romford’s Conservative Team 21 managed to gain an outstanding 20 of 21 seats. This was a true indictment of all the hard work Romford Conservatives do locally”

Romford’s MP Andrew Rosindell also spoke of his “honour of representing the people of Romford in the House of Commons”.

He said: “ I have lived in Romford all my life. It’s my home- not just an office. There is no greater honour for me than to represent my home town in Parliament. Serving local people over the last 14 years has been a tremendous privilege.”

“I have always tried hard to strike a balance between championing the concerns of local people, whilst campaigning for England and speaking up for Britain”

Commenting on the theme of the AGM- a celebration of Britain and the Commonwealth- Andrew went on to say:

“ It’s high time that Britain put much more focus on our relationship with the wider world- especially with our commonwealth allies. We should not operate solely within the tightly controlled realms of the European Union, but should instead trade far more and open up to those within the Commonwealth; for whom we have shared identity with Queen and the English language.  ”

Commenting further on the EU:

“ I will also continue to demand complete control of our borders  and support the Prime Minister’s attempts to put the matter of border control at the top of future discussions with the EU. We must be able to determine who comes into our country; regardless of where in the world a person is from. This must be a matter of priority! ”

Attendees to the event were treated to a display of traditional dancing from Sri Lanka and food from around the commonwealth.

“ It’s great to see so many local activists fired up and ready for the general election campaign in May . What a fantastic event!  We will all work hard for every vote- as we always have done, to make sure that Andrew Rosindell is elected to again, to serve our community. "