A resounding 'NO' from Romford and Havering! 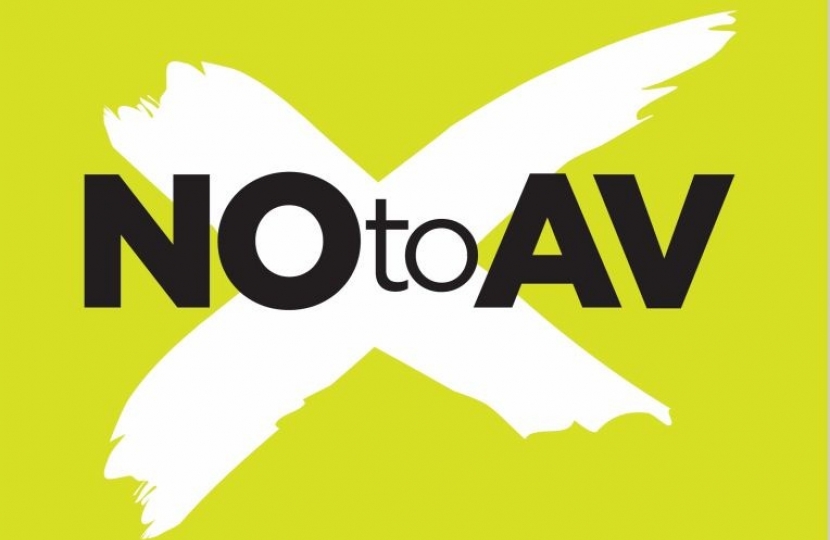 Romford Conservatives are proud that the people of Romford and Havering voted in their thousands against the 'Alternative Vote' Referendum on Thursday 5th May.

The Conservatives fought a robust campaign against the AV voting system on the basis that if implemented, AV would make voting much more complex; it created the possibility of permanent Coalition government and it would also allow Liberal Democrats, the BNP and Green parties to dictate the terms of a possible Coalition in the future.

Cllr. Michael White, who championed the 'NO' vote across Romford said:  "The people of Romford and Havering sent a resounding message to Mr. Clegg and the Liberal Democrats that they want to keep a simple, tried and tested voting system that is fair.  Local people were telling the Conservatives that they are more interested in the government continuing to find solutions to help boost the economy and jobs; they certainly did not want an expensive and complex voting system to be introduced.

"Furthermore, I am proud that the people of Romford and Havering defied the pundits' prediction that there would be a low turnout due to a lack of interest on AV; the 18% predicted turnout was nowhere near the more respectful 35.92% turnout on the day.  To top it all, Romford and Havering had the largest NO vote across London and one of the highest NO vote's across the UK!"

The result across Romford and Havering:

The result across the UK: