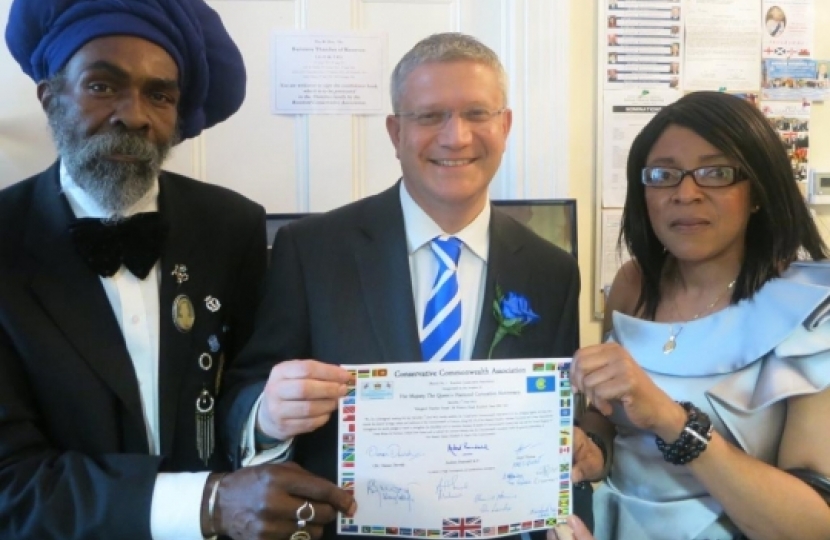 The Prime Minsiter, David Cameron, has praised the important work of the Romford Conservative Association in a letter of thanks.

Writing in support for greater commonwealth links, the Prime Minister praises the "unique organisation representing 53 countries, a third of the world's population and a fifth of the global economy. It is a purely voluntary club, bound together by shared history, deep and diverse links between our peoples and- at our best- strong common instincts about the importance of open societies and open economies"

He also pays tribute to Andrew Rosindell M.P. and the Romford Conservative Association for "bringing together people from across our Party in Romford and the London Borough of Havering."

This letter follows  yesterday's Westminster Hall debate at which Andrew called for Britain to take back control of its borders and to establish fast channels for British and Commonwealth citizens. Commenting on his speech, Andrew said " I think it's high time Britain took back ultimate control of her borders. At the moment, we have a system whereby our Commonwealth allies are being turned away to make room for uncontrolled EU immigration. We need to take back border control from the EU now! Only then can we decide who can come here and who cannnot. It only seems right that we give special consideration to those that share our language, heritage and Head of State"

He went on " I would also like to offer a special word of thanks to the hard work of our acitivists within the Romford branch of the Conservative and Commonwealth Association. They have all done so much to help raise the profile of our Commonwealth across Romford, Havering and London! " 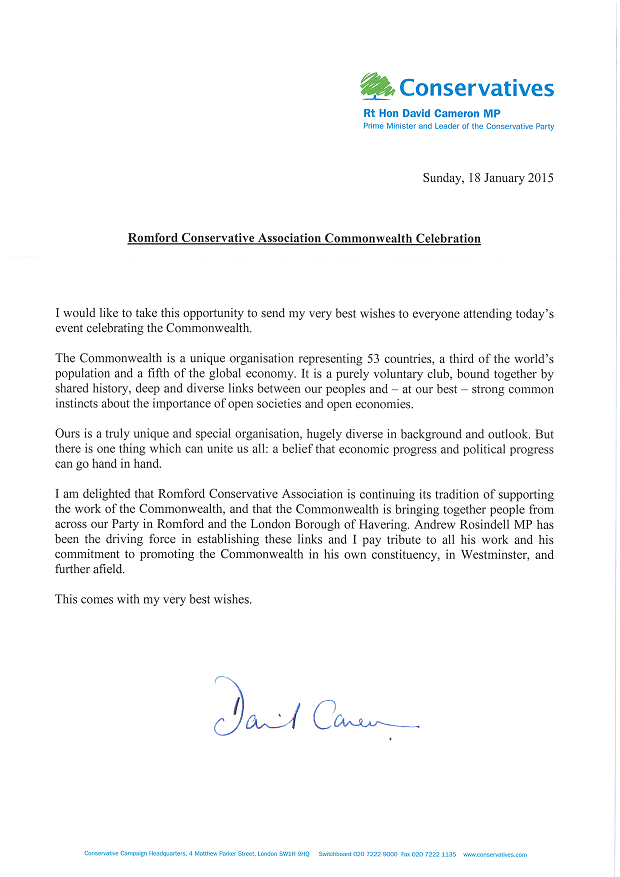