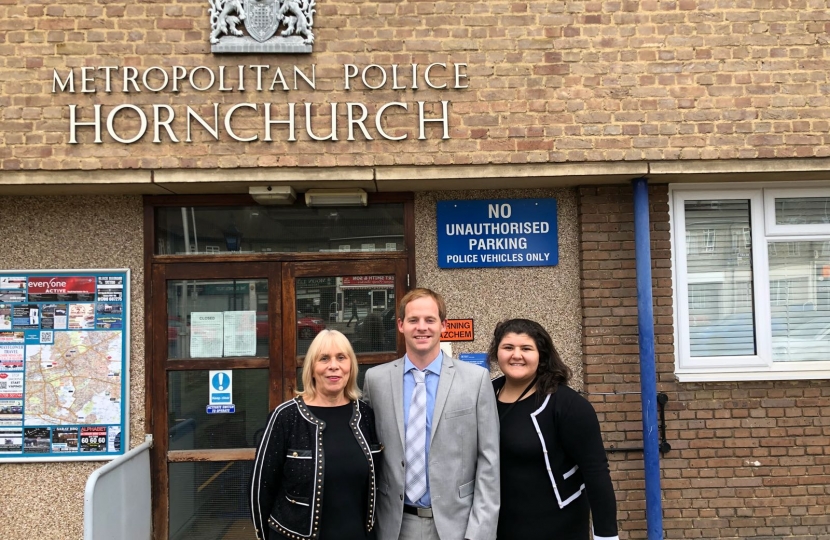 Following the petition of last year for extra police resources in the Borough, which gathered thousands of signatures throughout Havering, your local Conservatives are pleased to announce that Hornchurch Police Station will remain open.

This will see Havering Council purchase the site from the Metropolitan Police, and lease it back to them, retaining this facility for the community.

In addition to guaranteeing a local police presence, Hornchurch Police Station will now be able to house some other community services for Hornchurch. This is part of a wider programme of the local council supporting the work of Havering's Police Force to improve the safety of local residents.

Havering Council is also working in partnership with the Police to support additional patrols in Romford Town Centre. The patrols are being funded by the Conservative-led council to address the perceived anti-social behaviour within the Town Centre.

"We are delighted to have reached an agreement with the Mayor's Office for Policing and Crime (MOPAC), following the Mayor’s appalling decision to strip Havering of a key police base in the south of the borough. Residents have told us that they want to see more police officers on the streets in their neighbourhoods, and by stepping in and refusing to accept MOPAC’s short-sightedness, the Council has secured the future of the police station in Hornchurch.

“The outcome of the Mayor’s savage cuts to local policing would have meant residents in this part of Havering having to travel to Romford for their nearest police station. The result of our careful negotiations means we have protected a vital service for our residents.

“This is a great victory for the Council. We understand and value the importance of a physical police presence across the borough, and our actions clearly show that we will do everything in our power to ensure the safety and peace of mind of our residents.’’

If you need to get in touch with your local police team, please visit met.police.uk. In an emergency, always call 999.