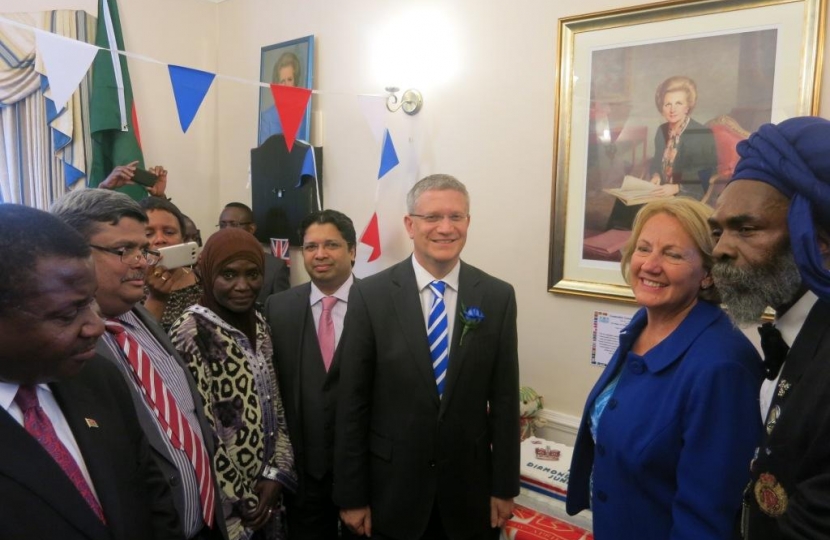 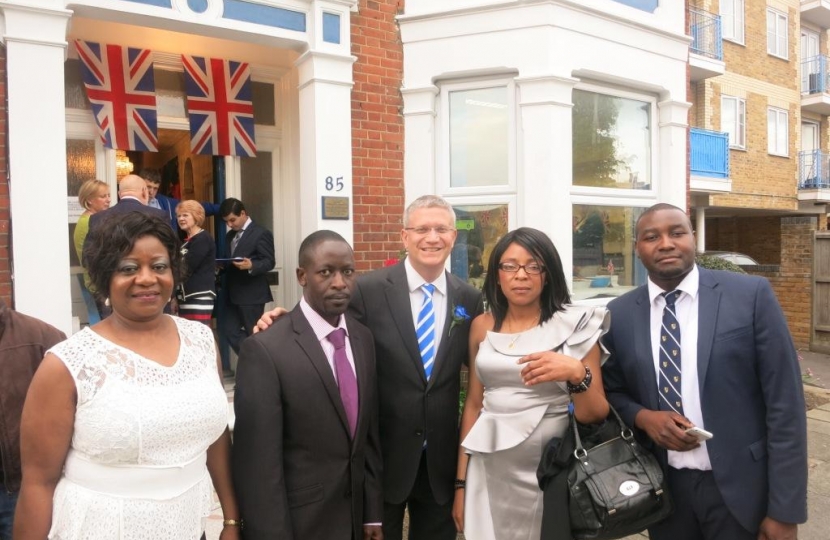 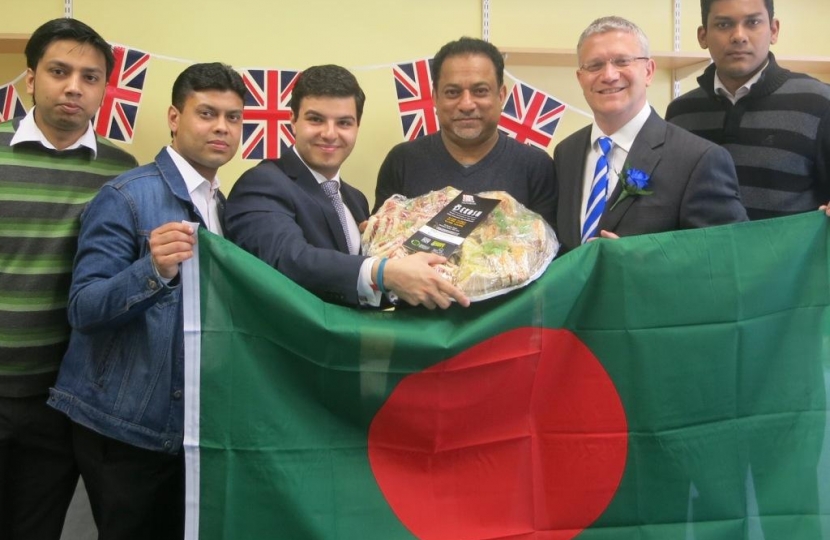 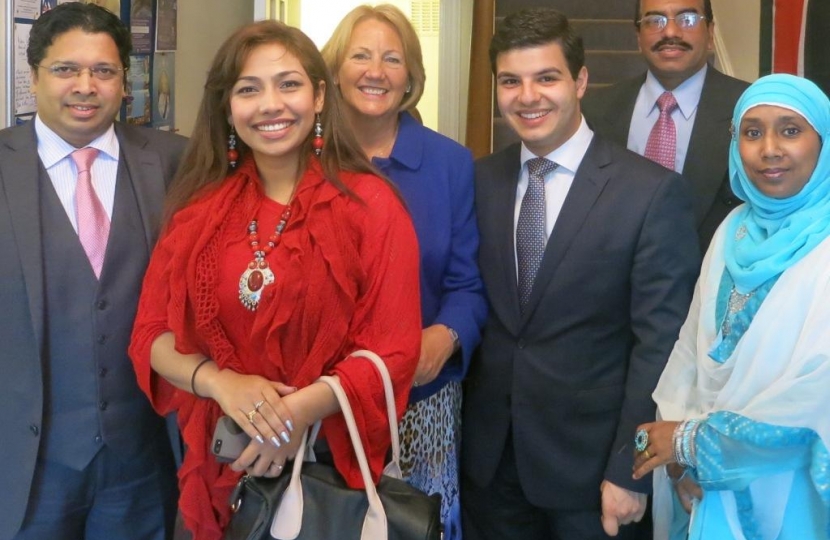 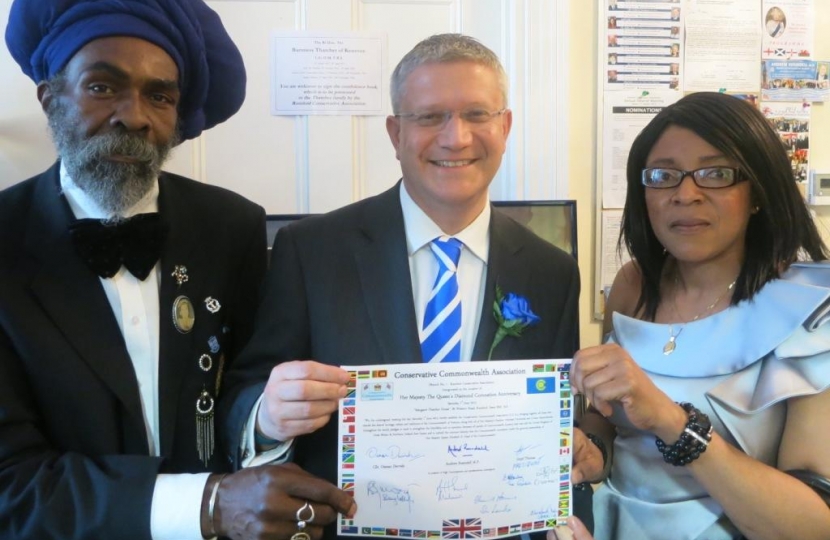 On Saturday 1st June 2013, the first branch of the Conservative Commonwealth Association was launched at “Margaret Thatcher House”, the home of the Romford Conservative Association.

Over 130 guests from over 10 different countries joined together for the inauguration of the new organisation, which also doubled up as a celebration the diamond anniversary of Her Majesty The Queen’s Coronation. The event featured, food, music and dancing from different parts of the Commonwealth.

Andrew Rosindell M.P. hosted the event and welcomed High Commissioners and representatives from different Commonwealth countries to Romford and spoke about his belief that all those of Commonwealth ancestry should stand together as part of a great family of nations and territories.

The Conservative Commonwealth Association brings together all of those who cherish the shared heritage, values and traditions of the Commonwealth of Nations, along with all of Her Majesty’s Realms, Overseas Territories and Crown Dependencies.

The Commonwealth of Nations is made of 54 countries, on every continent of the world and is united by its members’ beliefs in democracy, freedom, peace, the rule of law and opportunity for all.

The branch will strengthen the friendship and co-operation between all people of Commonwealth ancestry that now call the United Kingdom home and uphold the common identity that the Commonwealth represents, under the gracious stewardship of Her Majesty Queen Elizabeth II, Head of the Commonwealth.

Cllr. Osman Dervish, Chairman of the Romford Conservative Association said “I am extremely proud that we have launched this initiative to celebrate our shared Commonwealth heritage and pleased to see so many members of our local community come and support the launch which occurred on the same evening as our celebration of the coronation of Her Majesty The Queen. I know that the new group will do a great job in engaging with our local community and I look forward to working with them.”

The office bearers of the Conservative Commonwealth Association are: