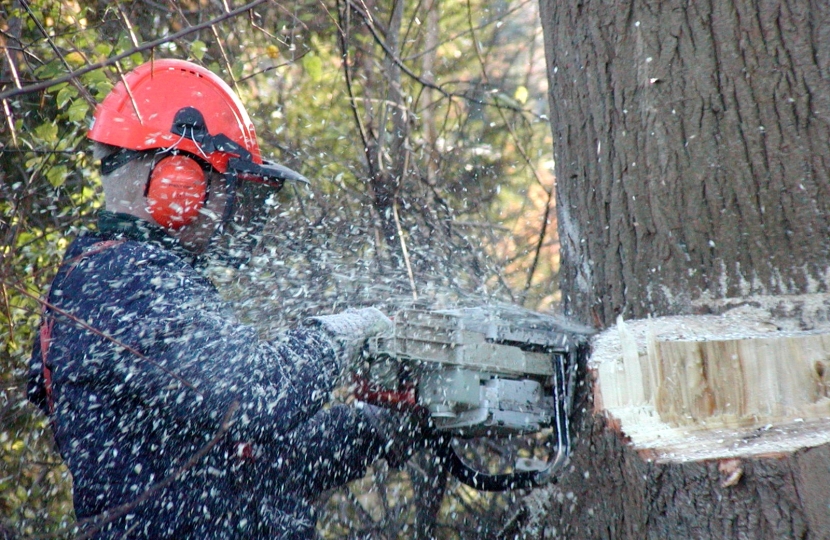 Network Rail have now issued an apology, to residents. Representatives from Romford Conservatives, including local Councillors and Candidates, will be joining Rosindell's office and residents in a meeting with Network Rail on Monday 17th January.

“We know residents in Havering are passionate about protecting the environment. We’ve listened to the concerns they’ve raised about our vegetation management work in this area. Our revised plans make sure we minimise the impact on trees and vegetation by the railway but do what is needed to protect those travelling and working on the railway. This means we’ll be removing vegetation that’s within 6.5 metres of the running rail that could interfere with the track and other railway equipment, or prevent staff from being able to safely access these. We may need to work on other larger trees if they are dead, diseased or a significant safety risk.  We’ll do all we can to leave them in place and wherever possible, trees will be cut back or reduced in height but not removed.

“Residents may have noticed staff on site working on larger trees earlier today (Monday 17 January), despite us having previously said this work would be paused until we held our meeting with the local MP and other stakeholders tonight. This was due to a miscommunication with our contractor.

“We’re sorry this work was undertaken after saying it would be paused, but can assure residents the trees they saw being removed were diseased or dying, and so were at risk of falling onto the railway or our neighbours’ properties.”

Save Romford's Trees from Network Rail

We were shocked to discover that Network Rail have authorised the felling of large, and historically important, trees along the railway lines between Romford and Gidea Park stations and from Romford to Upminster, on the ‘push and pull’ line.