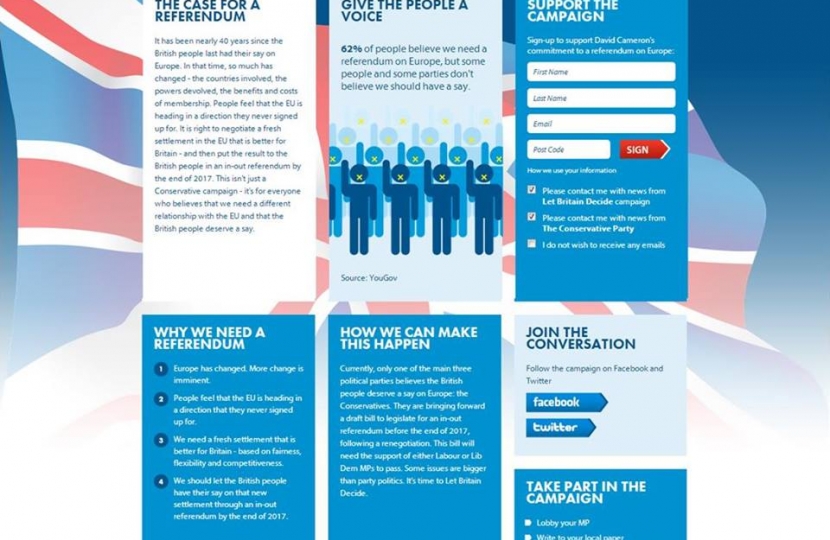 David Cameron is urging people to back Conservative Stockton South MP, James Wharton, in his bid to secure the first EU referendum in 40 years.

Today, the Conservative Party Chairman, Grant Shapps, launched a new campaign website, to make it simple for people to back James Wharton's Bill

The site LetBritainDecide.com aims to "build public pressure, to give people a voice, and to urge MPs from other parties to listen to their constituents."

The whole site is based on public interaction - encouraging the public to play an active role in the campaign and get MPs from all parties to join Conservative MPs and reflect the views of constituents.

"Britain deserves a vote. It's been nearly 40 years since the British people last had their say on Europe. People feel the EU is heading in a direction they never signed up to.

"That is why Conservatives want to give Britain a clear vote - in or out - before the end of 2017, after a full renegotiation.

"A draft Bill to make this happen will soon be debated by MPs - but, crucially, it needs the support of other political parties to pass. Britain needs everyone to build public pressure on this. That's why we are launching LetBritainDecide.com today: to give people a voice, and to urge MPs to listen to their constituents."