I used to be a Resident's Association Councillor

I used to be a Resident's Association Councillor 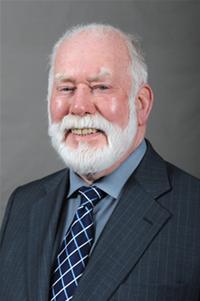 Please do not make that mistake. Only your Conservatives candidates will safeguard Havering against Labour's plans to ruin our Town and Country Borough.

Quite simply, the old Resident's Association I was once part of has changed. They complain about everything but have no positive ideas that could work. When it comes to voting in Town Hall, they always side with Labour. The last thing I want to see is Labour running our Town Hall. That would be a catastrophe for Havering - but this is exactly what is likely to happen if local people take a chance by voting Resident's Association on Thursday 5th May.

I urge you to support Andrew Rosindell's local team who really will stand up for Romford.

Voting for anyone else will risk splitting the vote and handing power to London Labour and Mayor Khan who is determined to take control of Havering, with the support of Labour allies in the Resident's Association, Labour Councils have bankrupted Boroughs such as Brent and Croydon. Voting for the R.A.s will only let Labour win!

If you want to keep our Town Hall in safe hands and keep Havering a Town and Country Borough, please vote for your local Conservative Team on Thursday 5th May.