How to use your postal vote

The Town Hall elections taking place now will determine whether Havering remains a ‘Town and Country Borough’ under the Conservatives or becomes just another part of inner city London under Mayor Khan’s control.

Our Borough is the last Conservative Council left to the east of London - but that could all change on 5th May if Labour and Residents’ Association win enough seats to seize control in our Town Hall. This will mean Sadiq Khan will get his way, and Labour can press ahead with their plans to urbanise Romford and turn Havering into the same kind of concrete jungle we see in the Labour Boroughs.

Labour must be stopped! We cannot afford a Labour Council in Havering, backed up by their Residents’ Association allies. The last time R.A.s put Labour in power, it was a catastrophe for Havering. Don’t allow them the power they crave!

Only a Conservative Town Hall, will prevent Mayor Khan and London Labour from getting their way and imposing inner London policies on our Borough. That’s why your postal vote will really make a difference

My local team will defend the character of Romford, oppose Mayor Khan and his plans for Havering, including his ULEZ tax on driving. They will work all year round for local people, looking after our community round the clock. As your M.P., I ask you to use your Postal Vote to support those who will work with me to defend the unique and special character of Havering, as a traditional part of Essex.

With my very best wishes

HOW TO COMPLETE YOUR POSTAL VOTE 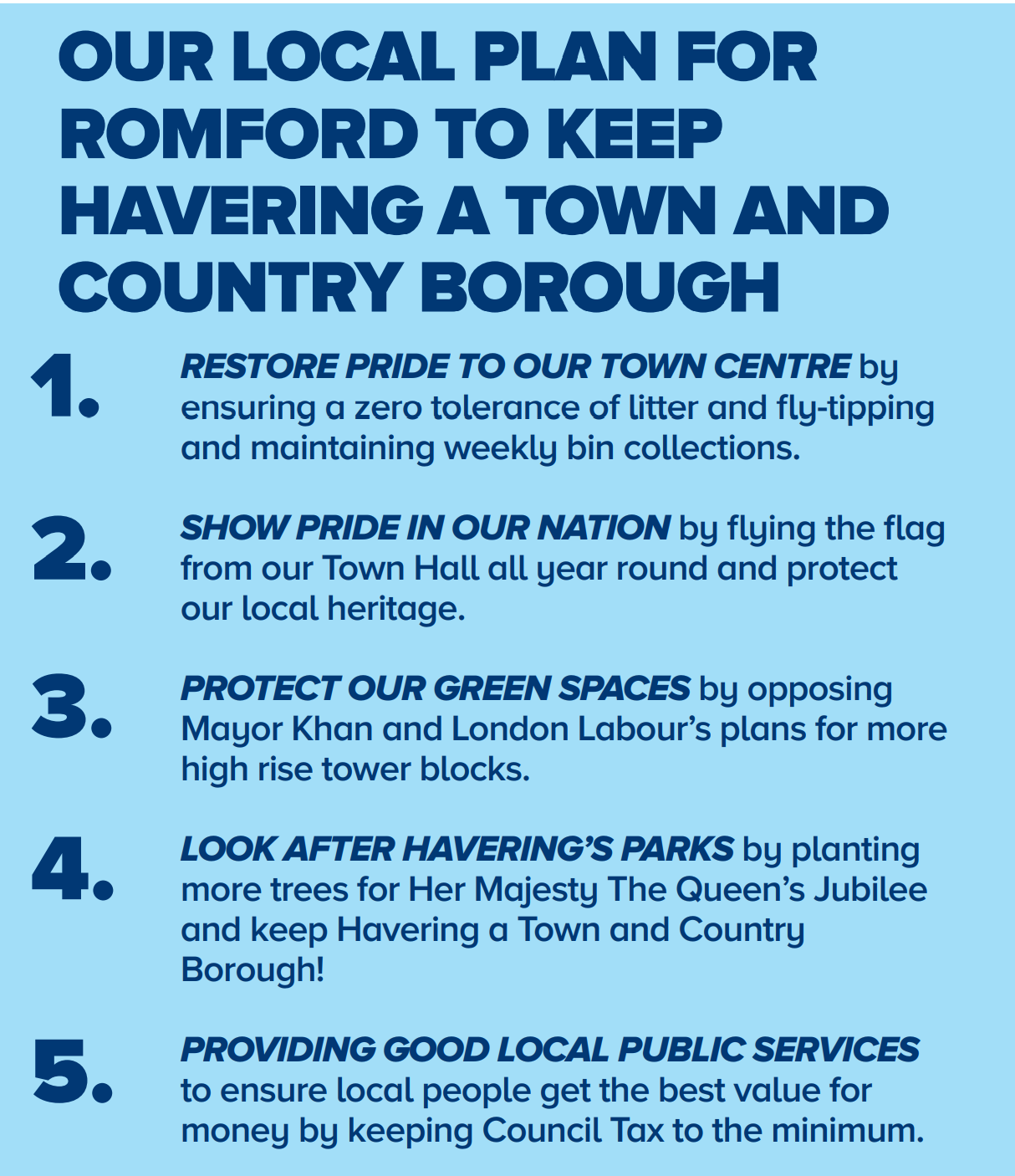