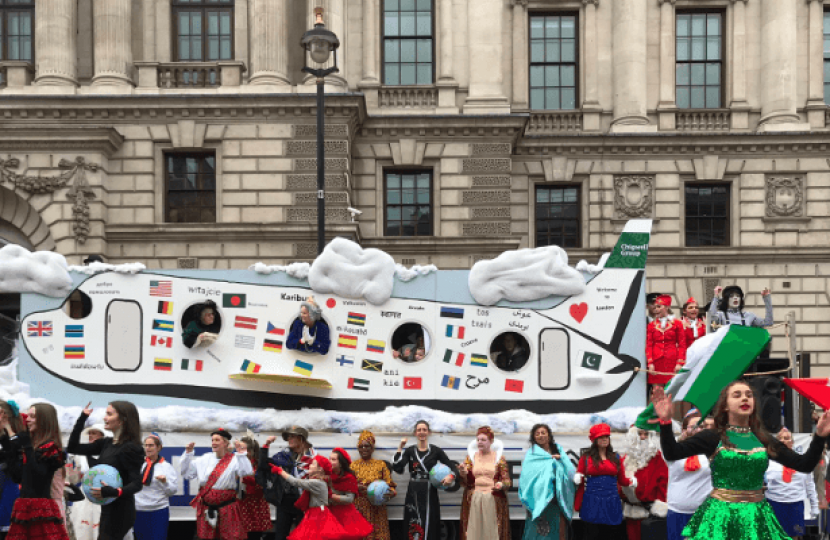 The London Borough of Havering has come second in the New Year's Day Parade!

This year's parade in London attracted more than 650,000 spectators and 8,000 participants from Boroughs across London.

Havering's float was a flag-covered jetliner, and was build by students and Havering College. It was accompanied by performances from KA Arts and the Store Room Theatre group.

“I would like to express my heartfelt thanks to each and every one of the participants for taking part in the London New Year’s Day Parade.

“The event was incredibly successful. Some of the most memorable moments of the day were all the performances and team work which was truly impressive and I am so proud that our borough holds such talent.

“Without all of the performer’s talent it would not have been possible to come second in this event and win £9000 for my three local charities.

“I would like to thank all who took part to achieve what we have and I wish everyone a healthy and happy new year.”

The prize money of £9,000 will go to the Mayor's charities, including Havering Mind, Lennox Children’s Cancer Fund and the Rainbow Trust.

The Prime Minister, Boris Johnson, has announced an extra £1.8 billion for the upgrade of 20 hospitals throughout the country.