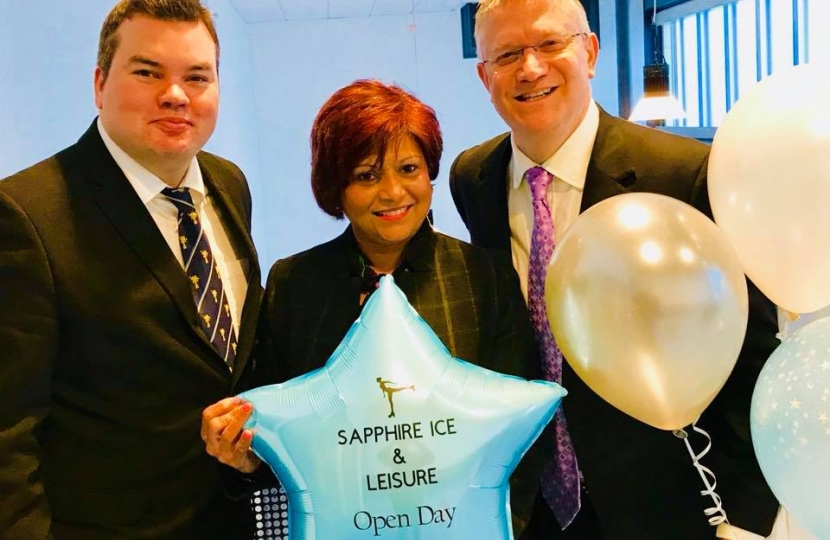 It was a wonderful day for Romford and the whole of Havering as the new Sapphire Ice Rink and Leisure Centre, on Western Road in the town centre, was officially opened on 3rd February.

Visitors to the centre were treated to a figure skating display by Ray Quinn and Colin Jackson showed gym users how to make the most of the new equipment.

The new centre is one of only three of its kind in the UK, as the ice rink is above the swimming pool, and was only possible thanks to the ambition of the Conservative led council.

The 8 lane 25 metre swimming pool is the first in the Romford town centre since Labour closed the last pool 25 years ago. Only the Conservatives have a record of delivering the local services that residents want and deserve.

The new ice rink has a capacity for 1,200 skaters and replaces the old stand alone ice rink. It provides a new world class home for our local team the Romford Raiders, who had a win in their first game – beating Cardiff Fire 5 – 2!

Other facilities available include a learner pool, gym, dance studio, spinning studio, sauna and steam rooms, and a café.

Local residents who visited the facility said how important it was to them that there were such high quality facilities available locally.