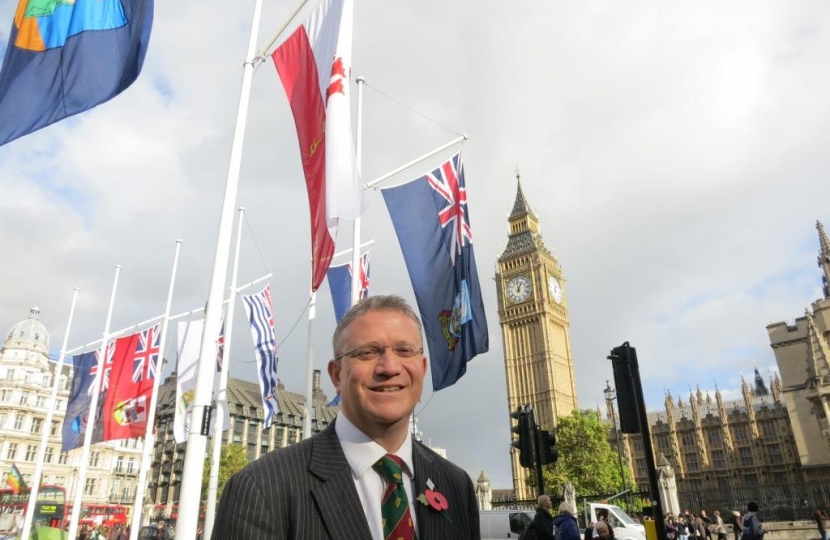 There was a time when nations imposed themselves on others.  Rightly or wrongly, the world map we have today is largely a result of that era in our collective human history. That time has passed; we now live in a world defined by national and territorial borders on both land and sea, where people come together under a flag united through a common culture, heritage and identity.

Gibraltar has since 1704, with its status formalised in the Treaty of Utrecht in 1713, been under British sovereignty “to be held and enjoyed absolutely with all manner of right forever” and, whilst Britain no longer exercises direct power over the Rock, through self-determination the people of Gibraltar have chosen to remain British and since that time, have shown nothing but steadfast loyalty to the Crown. Gibraltarians are not Spanish, they have never been Spanish and do not want to be Spanish.

So why, then, does the Kingdom of Spain refuse to accept 300 years of history and seek to impost their rule over these people?  Why, against every fact and against the reality of the world of 2013, does Madrid insist that Gibraltar should be Spanish?  It is of course nothing but a completely ludicrous and baseless claim. However with the economy of Spain in freefall, unemployment levels at 40 per cent and widespread civil unrest, the Spanish government is doing exactly what every other hard-pressed regime does when its back is against the wall - direct all  their citizens' anger towards foreigners.

It is indeed a miserable state of affairs, for Spain - a modern democracy - to pit her citizens against Gibraltarians to the detriment of both sides, all because things aren’t well at home. Over recent months we have seen a substantial increase in Spanish attacks on British-Gibraltarian sovereignty; whether holding up the border (sometimes for up to seven hours), illegally encroaching into Gibraltarian territorial waters or threatening fisherman and civil vessels,  things are getting worse.  In one recent incident, a Guardia Civil vessel even fired shots at a Gibraltarian jet skier. The situation is reaching a head and Gibraltar should not be subjected to this kind of behaviour by a supposed democracy, let alone an EU and NATO member state.

We must question whether allowing Spain to join both organisations in the 1980s was the correct thing to do, before Britain received a complete and final acceptance by Spain that Gibraltar does not belong to them. What has become evident is that the Government can no longer rely on stern dialogue to keep Spain at bay and that if a more robust approach is not taken, then Spain will continue to escalate its aggression.   We cannot allow this to happen.  It’s time to tell Spain that the United Kingdom will no longer tolerate their shameful bullying of Gibraltar. We must ensure that the Spanish government is held accountable for its malicious behaviour: it is completely and utterly unacceptable.

This is not a “dispute” between the United Kingdom and Spain, there is no valid argument to be had and there is certainly no debate - this is simply a case of a nation terrorising its neighbour, it is equivalent of a stalker harassing an innocent victim.  Gibraltarians should not have to tolerate this abuse and neither should the British people. These attacks on Gibraltar are an attack on Britain, too, and we have a duty to stand by the people of the Rock at all costs.

I have often asked my colleagues in the House of Commons, would any of us discuss negotiating away the sovereignty of our constituents?  Because any ‘discussion’ of sovereignty with Spain is exactly the same thing.  For Spain to continually try to impose itself on its neighbour is not acceptable in 2013: that era in human history must surely be over, and with 99 per cent of Gibraltarians voting to remain British the message cannot be clearer.

So how long must we have to wait until the bullying of Gibraltar by Spain is brought to its long overdue conclusion?  How many more decades of abuse does Gibraltar have to suffer before unequivocal action is taken? At the moment, the situation is untenable and perhaps the saddest thing is that the current position puts everyone at a disadvantage - tourists, tradesmen and businesses on both sides suffer. Gibraltar should have a thriving relationship with Spain, they should work together closely as neighbours on the Iberian Peninsula.  This should not be happening in 2013.

And so, the time has come for Spain and it government to act like a twenty-first Century democracy and move on from this stupidity, end the nonsense and put this whole sorry episode behind them. If they refuse to do so, the Spanish Ambassador in London should be ordered to return home, the Royal Navy must be dispatched to the waters around Gibraltar to protect British interests and in every international forum and organisation, Britain must use its influence to challenge Spain.  We must demonstrate by words and actions that Spain have lost Britain as a friend and if they want to change things, they have to change their own attitude towards Gibraltar.

And finally, the Prime Minister should make a decision to send the most powerful signal that can possibly be made and show the world that Britain will always stand shoulder to shoulder with Gibraltar. David Cameron should advise the Queen that after sixty years, now would be an appropriate time for her to visit the people who are unquestionably her most loyal subjects on the planet. The message from Britain will then be clear:  Britain will defend Gibraltar now and forever!