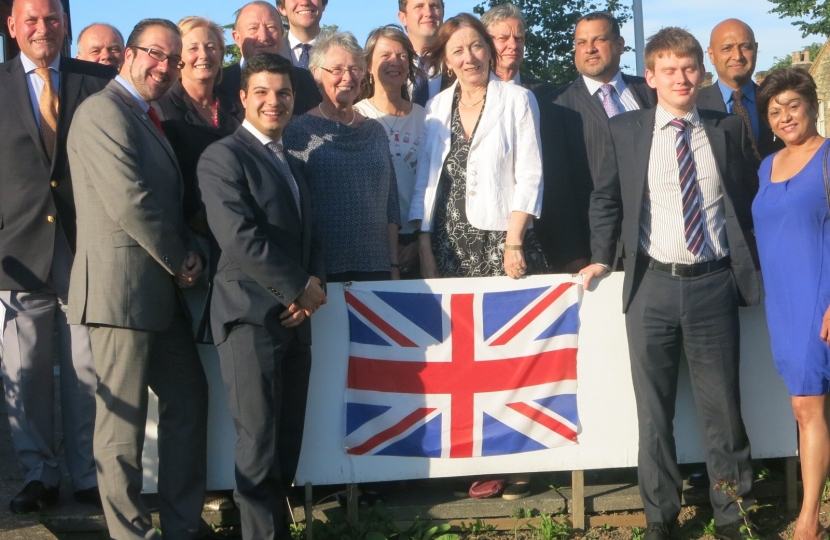 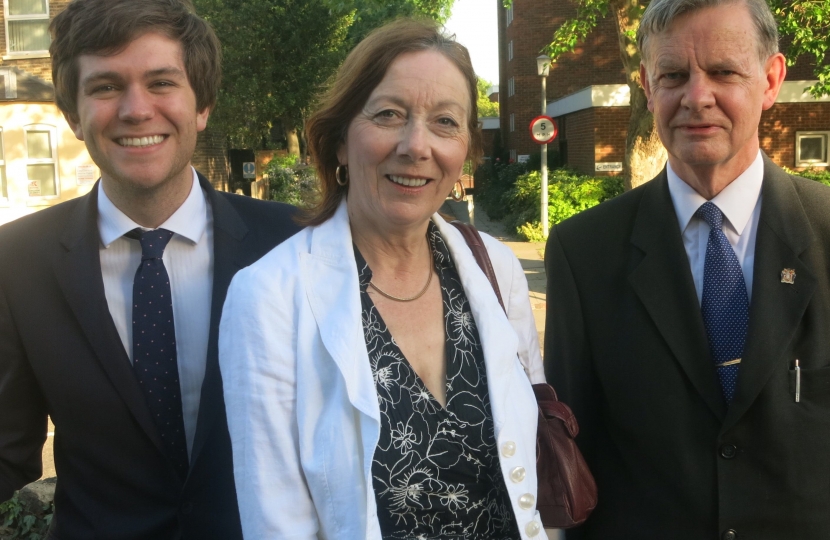 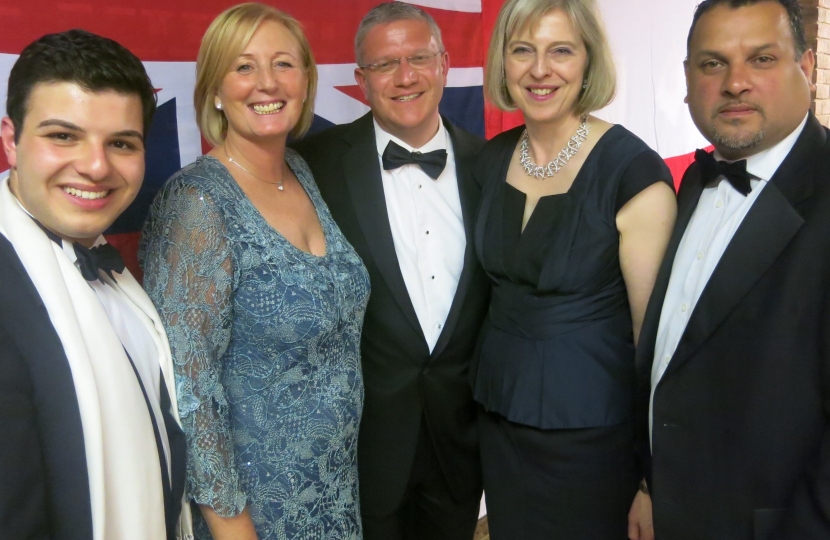 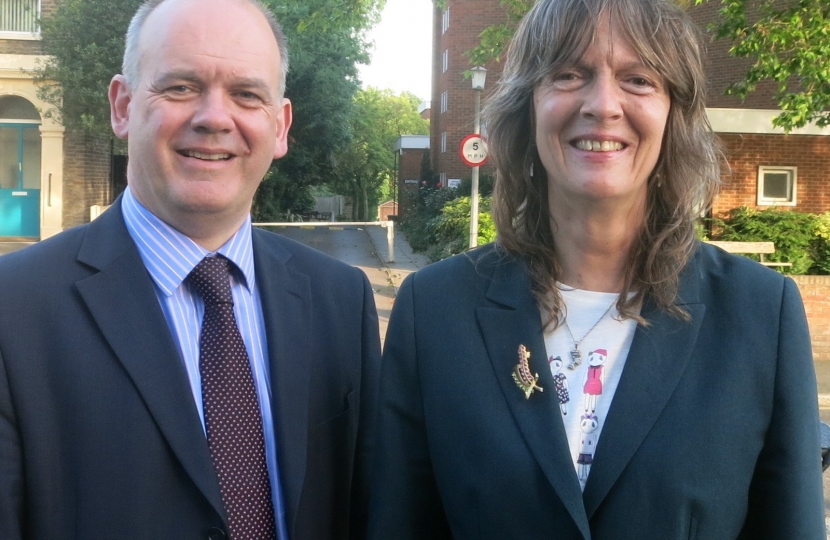 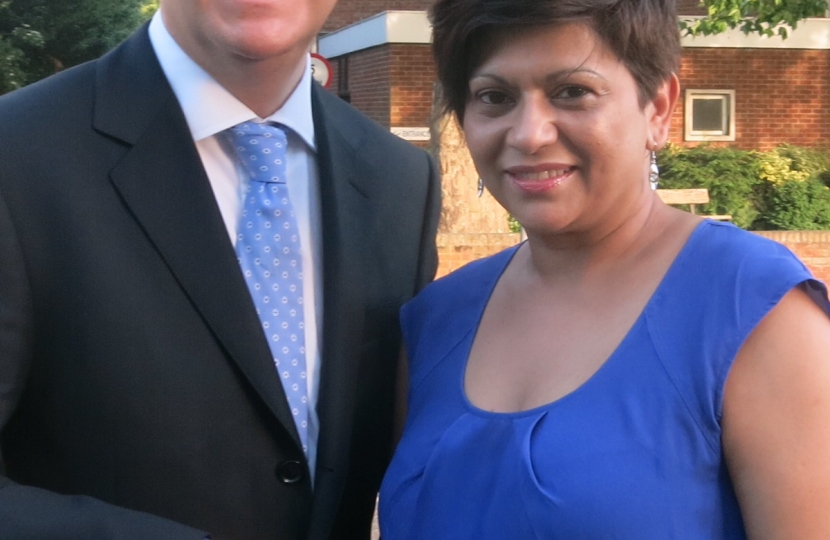 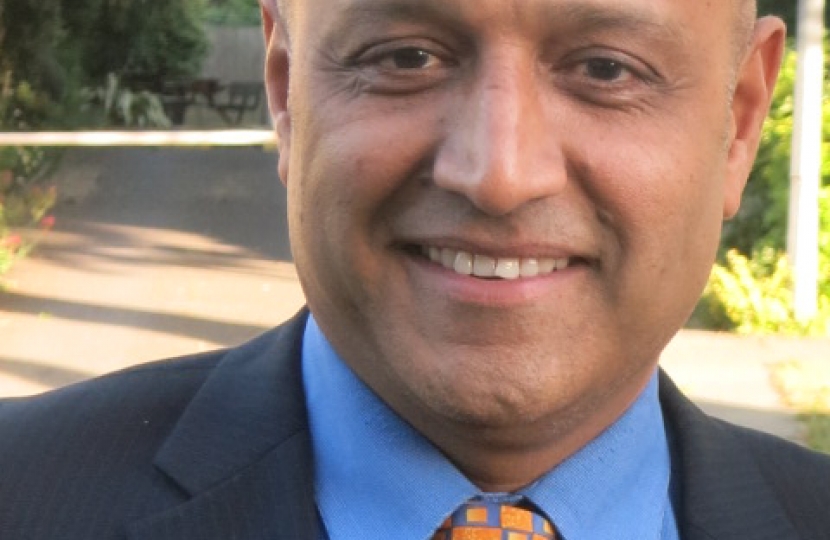 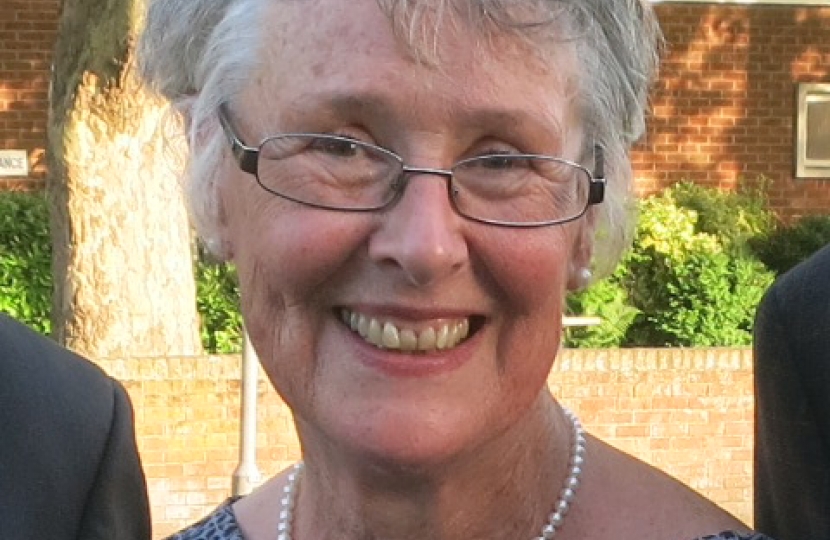 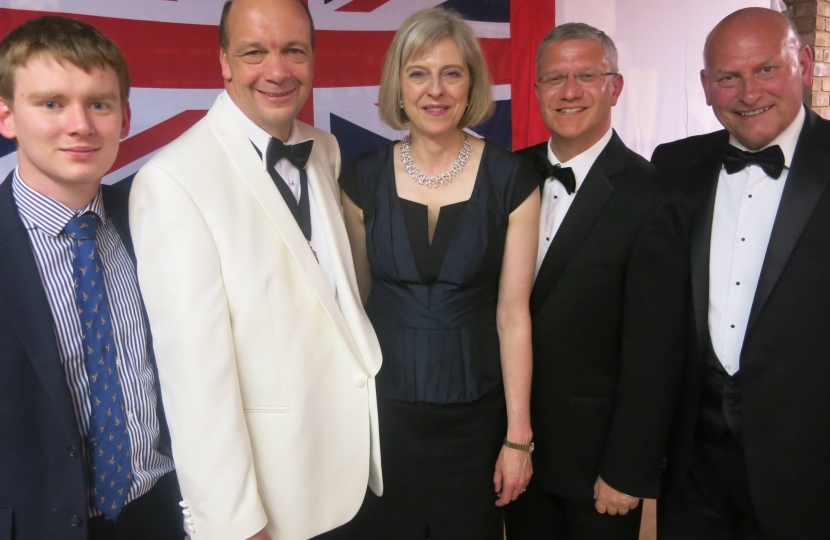 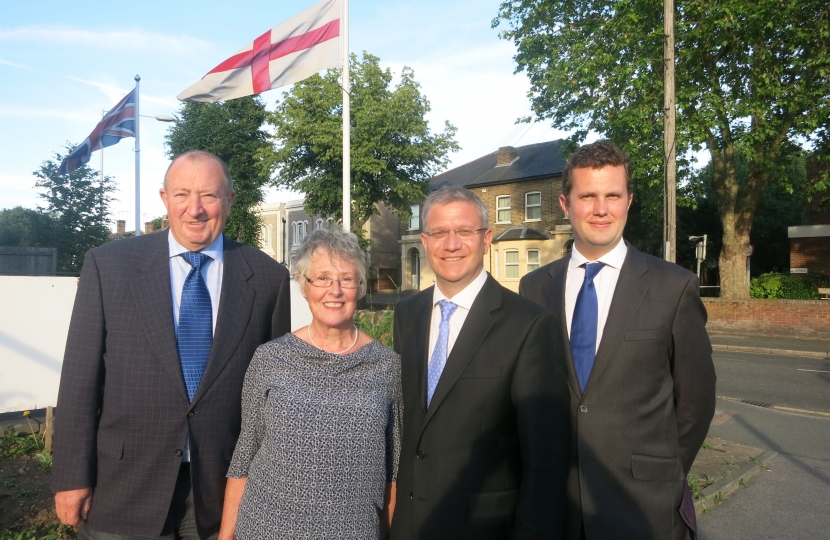 Today, the Romford Conservative Association has launched its campaign to win all twenty one council seats in next year’s Local Council Elections, to be held on Thursday 22nd May 2014.

“Conservative Team 21” – are the team of candidates who have been chosen by party members who live in the wards where candidates were selected.  From today, they are commencing the campaign to keep all seven wards Conservative in next May’s elections.  Winning all twenty one seats in Romford is crucial to ensure the return of a Conservative Council!

The new Conservative line-up across the Romford wards include local people of all ages, backgrounds and origins.  Some have years of experience as local councillors, others have a record of working for the local community and represent a new generation of young politicians in Havering.

They include six women candidates; five of Commonwealth ancestry; four under the age of thirty; three from the local business sector; and twelve currently serving councillors (two of whom have been invited to stand for the ward in which they both live).

The full list of candidates, who were formally selected (or have been invited to be candidates*) on Sunday 30th June 2013, following general meetings of party members from each ward, were as follows:

Manager of a local enterprise based in Romford, Trustee of a Hindu charity; and has lived in Romford for over thirty years.

Local councillor since 2002; and has lived in Brooklands Ward since he moved to Romford.

Served as councillor for Brooklands Ward since 2006; has lived in Rush Green all his life; and has been an active campaigner in the area for ten years.

A long standing local businessman, having built and operated the Pinewoods Public House within Havering Park; a great supporter of local charities including Rotary; and has lived in Romford for over forty years.

Has lived in Collier Row for many years; works at a local Christian based school in Chase Cross; is an active member of the Immanuel Church; and an active campaigner for the people of Havering-atte-Bower and Collier Row.

Has been active in politics for most of his life; has worked for Parliamentarians in both the United Kingdom and Australia; and is an enthusiastic campaigner for protecting the green belt and conservation issues.

Currently councillor for Elm Park Ward (next to Hylands); has represented Havering on the Greater London Assembly since 2000; and is an advocate for cutting crime and improving public transport.

Currently councillor for the St. Andrew’s Ward (next to Hylands); was elected to Havering Council in 2010; and works tirelessly for all the people of Hornchurch all year round.

An active campaigner for the Conservative Party for over thirty years; has lived in Havering all her life and is dedicated to serving the local community in Hornchurch.

Was born in Romford and has lived in Collier Row his entire life; works at the Catholic Club in Collier Row; went to Marshalls Park School; and has campaigned for the Conservative Party for many years.

A local shop keeper in Collier Row Lane; active in support of local good causes in the Collier Row area; strongly believes in tougher immigration controls for the U.K.; and wants to contribute something back to the local community.

Currently serving as councillor for Mawneys Ward and Deputy Mayor of Havering, plays a key role in the Collier Row Community Group and other community organisations, such as the Friends of King George’s Playing Field.

Havering’s youngest councillor since 2010; went to Marshalls Park and Parklands schools, both in Pettits Ward; currently Chairman of the Crime & Disorder Scrutiny Committee; and has wide experience of politics and local issues in Romford.

Elected to Havering Council in 2006; served Pettits Ward for last four years; lives in Gidea Park with his wife Geeta and their two daughters.

A member of the Conservative Party in Romford for around forty years; former Mayor of Havering having represented Romford Town Ward (formerly St. Edwards) since 1998; and is committed to improving social care services for the vulnerable and elderly in Havering.

A local resident, living in Stanley Avenue, Gidea Park (within Romford Town Ward) all of his life; Chairman of Romford Conservative Future (Young Conservatives); a student at the Guildhall School of Music and Drama; has also been a volunteer to help young people become involved in the arts.

A local councillor for Romford Town Ward since 2002; a Conservative Party stalwart and activist since the 1960s; and is currently Chairman of the Governance Committee of Havering Council.

Has served on Havering Council for seven years; has lived in Gidea Park, within Squirrels Heath Ward, for over forty years with his wife Joan; was the Mayor of Havering from 2011-2012; and is a Patron of St. Francis Hospice.

Lives in Gidea Park, within Squirrels Heath Ward; has been a local Conservative activist in the area for over ten years; and is currently Editor of the Squirrels Heath Newsletter.  Damian is known for being one of the hardest working councillors in Havering.

Has served as Leader of Havering Council since 2004; has been personally responsible for steering Havering through a period of reform to ensure that the council tax has been kept low; and has been the local councillor for Squirrels Heath Ward (formerly Heath Park) since 1998.

"We are highly pleased with and have much confidence in our "Conservative Team '21”. Our twenty-one candidates, selected by local party members, combine experience with youth and will bring a wealth of contrasting abilities and skills into Havering Council should they be successful in the election next May. They have pledged to work hard and as a united team, to better the lives of local people. We believe we have the best team to win all twenty-one seats in the Romford constituency and help keep a Conservative administration in Havering Council. We would like at this time to thank the retiring Conservative councillors for all their work over the years and wish them all well for the future."

“Today, the Conservative Party in Romford will begin the fight to ensure that each and every council seat in Romford remains Conservative.  I believe that local party members have chosen a winning team of candidates in “Conservative Team 21”!  They will get my full and enthusiastic support during the coming months as we build up to next year’s local elections.  I want to ensure that Romford and Havering remain Conservative, so that have a strong foundation to go on and win the General Election the following year, securing a Conservative majority in Parliament for our Prime Minister, David Cameron.  Our new team of candidates in Romford will work with me to achieve just that!”

Cllr. Roger Evans A.M. and Carol Smith, looking forward to campaigning for the people of Hylands.

Meg Davis from Collier Row, ready to take up the challenge of representing the people of Havering Park.

The new team for Collier Row, Chase Cross, and Havering-atte-Bower (Havering Park Ward), John Crowder, Meg Davis and Sandy Tanner, with Andrew Rosindell M.P., Member of Parliament for Romford who represented Chase Cross when he was on Havering Council himself between 1990 and 2002.