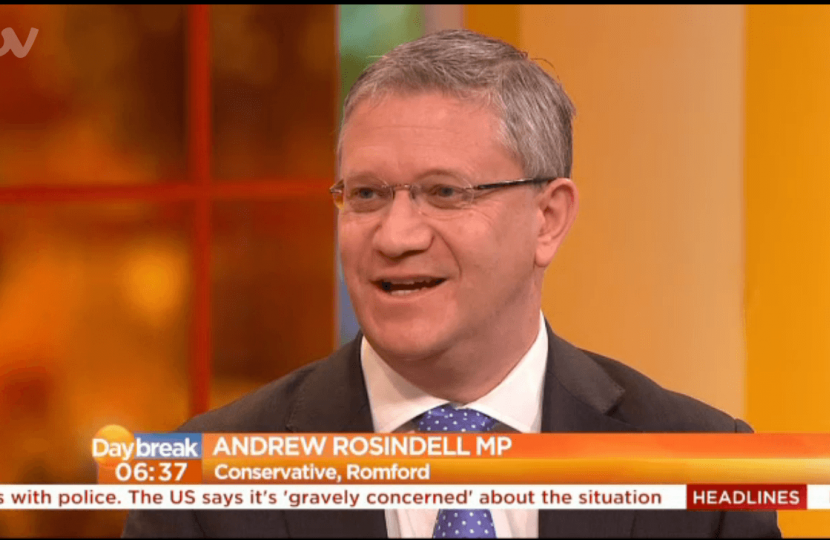 Andrew Rosindell M.P. was interviewed this morning on ITV's DayBreak where he spoke at length regarding the benefits that EU migrants receive, and backed the Government's reforms to stop EU migrants having access to welfare without restriction.

"Look, we are a country that looks after people who contribute, but we don't want to encourage everyone who turns up in the United Kingdom to claim from our benefits system, we can't afford that anymore, it's gone way too far, the British people won't tolerate that. Yes, if someone's working then they should be able to claim benefits. But if they're not working, why should they claim those generous benefits? People don't have to come to Britain, if they live in other countries they can work in their own countries. Of course if you come from certain countries it's going to be more expensive to live and to work in this country, but if you're working, you then contribute to the system and then you can claim benefits. We can't take the whole world in this country and pay for [their] benefits. I don't blame them for [wanting to come here for better jobs], but if there are no jobs available, then they shouldn't just be coming to this country and then claiming benefits. All the Government is doing is making sure that before they claim benefits that they actually pay a minimum level into the economy before they can take money out, surely that's fair and reasonable."