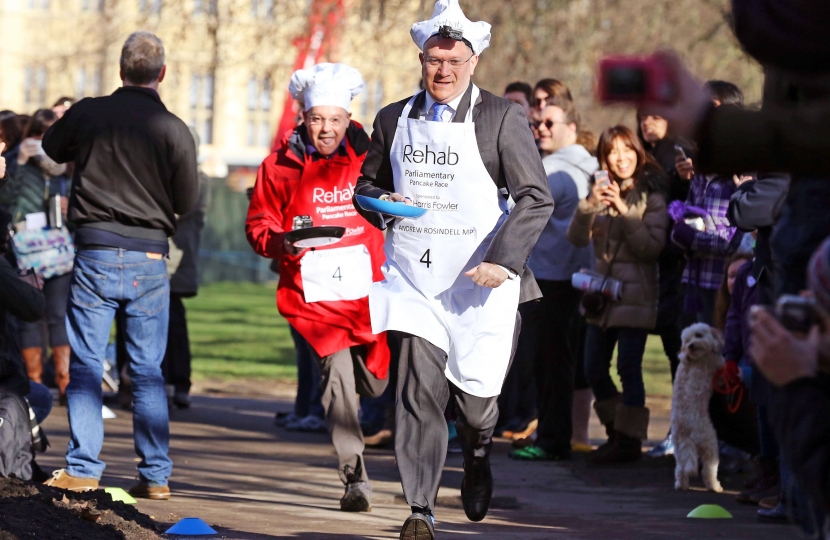 The day, now into it’s eighteenth year, was organised by the Rehab Group, which supports disabled and marginalised people in the UK through education, training and social care.

Andrew, alongside MPs and political editors put on their pinnies and chef's hats, to compete in a race around Victoria Gardens outside the Houses of Parliament. The event was well attended by members of the public who lined up along the race track to cheer on the participants.

Commenting on the day Andrew said: “It was a really fun event and we all thoroughly enjoyed it. Although the race turned rather sour at times—with my team of fellow MPs sadly losing to the journalists team--- it helped raise much needed awareness for the good work that REHAB does in enhancing the life chances of people with disabilities and others who are socially-excluded in the UK. I was truly honored to have taken part!”

“I guess the MPs will have to train harder for next year! “

Peter Brammall, Rehab's chief operations officer in England and Wales, added: "It gladdens the heart to see political and media foes putting their traditional allegiances to one side to come together as teams of MPs, Lords and media in a spirit of the fun, frolics and friendly competition, and all for the greater good.'