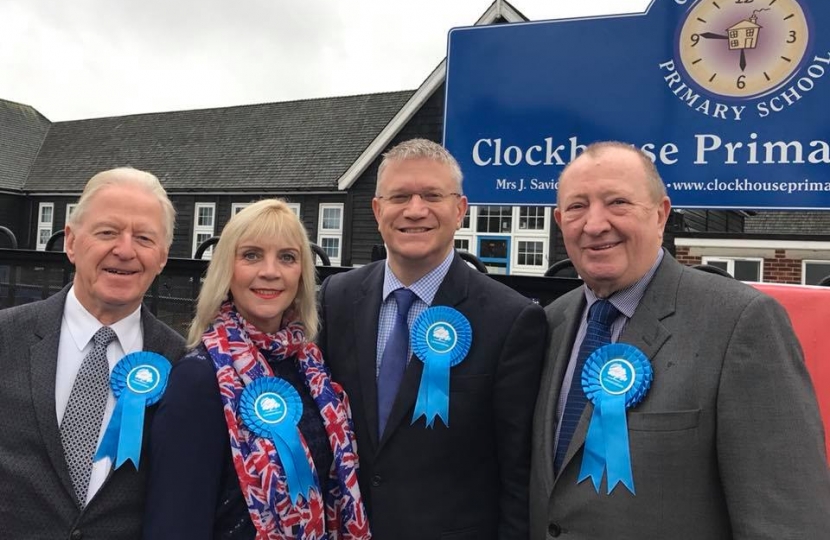 Our Conservative Action Team for Havering Park is:

Ray has been your local councillor for the past four years, serving on the Planning, Highways, and Crime & Disorder Committees. He has lived within Romford for over 50 years, being involved within the community, running a small business. Now retired, Ray works tirelessly campaigning for the residents of Collier Row, holding weekly surgeries, and taking up issues on their behalf. He can often be seen in Collier Row shopping parade talking with local businesses.

John has served as your local councillor for the past four years, being the consort to the Mayor in 2016. He has lived within Romford for nearly 50 years, running businesses in Financial Services as well as the former Pinewoods Pub. John is an active member of the Rotary, raising money for a variety of local charities and good causes. He has served on the Highways Committee working to help reduce traffic congestion within Collier Row.

Christine has been an active member of Andrew Rosindell M.P.’s campaign team for the last eight years, working tirelessly to get a better deal for Romford. Christine is a local businesswoman, working within the personal health industry and is passionate about improving sporting facilities for Collier Row. She has lived within Romford for over thirty years and very much looks forward to continuing to assist local residents.